Give me a drone where the buffalo roam… 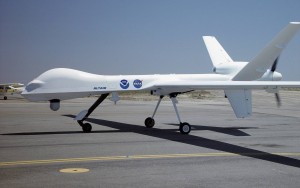 Stories from Ukraine have sobered the widespread adulation previously given by gushing journalists to social and communicative media since the revolutions in the Arab world. We previously reported on the text message sent to Ukrainian protestors, reading “Dear user. You have been registered as a participant in a mass disturbance”. Technology occupies an uneasy position as a tool in the hands of revolutionaries and governments alike; perhaps as useful to the oppressor as to the liberator. In Venezuela, the lack of online coverage of the protests is considered highly suspicious; but rumours of government censorship equally so. Today in Around the World, more sad news from Kiev: plus WhatsApp’s Ukrainian roots, a MOOC exposé – and how the arts of war are used for peaceful purposes. Read on…

UKRAINE: as police storm the Maidan, the protestors’ tech tent burns, one of its staff is beaten nearly to death and a journalist is killed (TECH CRUNCH)

EAST AFRICA:  Amazon’s demonstration of a drone delivery system may well have been a mere PR stunt: but developments in Kenza, Uganda and elsewhere show that the unmanned flying vehicles could well be the solution for infrastructure problems (WIRED) as well the anti-poaching drive (THE AFRICA REPORT)

UKRAINE/USA: WhatsApp is bought by Facebook. The success of the App, which stores as little data as possible on its users, arises from its founder’s aversion to bugged or recorded conversation in Communist-era Ukraine (INQUIRER)

THAILAND: the 2011 floods left 800 dead. Now, children can learn essential flood survival skills (even dealing with runaway crocodiles) in a new smartphone game. And the children playing have even given it their seal of approval (GUARDIAN)