How Mali writes love letters, and other stories 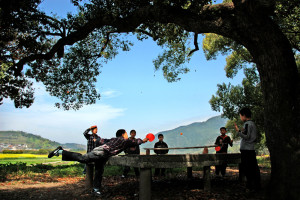 Around the World is off to slightly fewer destinations this week – giving us the chance to explore these areas in more detail. China already provides its metropolitan citizens with perhaps the best education in the world: news just in suggests it might soon be able to roll that education out across the country. In the Middle East, e-learning is fast taking off – but the freedom of the Internet causes friction with some governments. All this and more from Mali and the USA – read on…

CHINA: The Eastern Chinese megacities are hitting the top of the PISA tables. But what about the rural areas that PISA does not cover? Andreas Schleicher, who runs the tests, finds much that is impressive (BBC)

Meanwhile, the Chinese government has announced its intention to provide Internet access for all its 60m teachers and students by 2015 (HUFFINGTON POST)

MIDDLE EAST: a power too dangerous to be held by one man… and a vital resource to the Middle East: it’s Arabic Wikipedia (WIRED)

Meanwhile, increasing economic diversification among the oil exporters of the Persian Gulf may be creating the ideal conditions for an e-learning explosion (VENTURE BEAT)

USA: it’s like a MOOC – but for counselling (CHRONICLE OF HIGHER EDUCATION)

and in analogue news…

MALI: meet one of the ten public scribes of Bamako, who help the illiterate fill in forms and send letters. With Valentine’s day tomorrow, business is booming (BBC)