Blogging, bloating, and other stories… 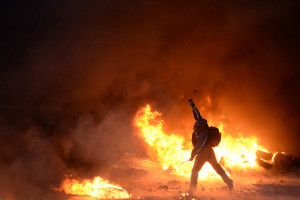 It’s a series of upsides and downsides this week in Around the World, with stories of technology’s incredible ability to inspire, empower, annoy – and even oppress. In Kenya, an innovative app is providing eye care; in the UK social media is making a huge positive difference in the classroom; but elsewhere, doubts are being raised about the efficacy of online learning, the effect tech has on children, and the sinister uses governments have found to use it – read on…

KENYA: an app that turns a smartphone into a “pocket optician”, capable of scanning the lens and retina, has gone on trial across the country (BBC)

UK: the story of a class where every student is a blogger (BBC)

NEW ZEALAND: a study has found that traditional childhood rites of passage are being replaced by digital ones (AVG) but some in New Zealand are worried: is it really OK that 58% of under-5’s can operate a smartphone or tablet, when only 8% can tie their own shoelaces? (TVNZ)

USA: raising concerns about the wisdom of learning online, the president of the American Federation of Teachers’ University Council defends formal education (UNESCO)

CANADA/UKRAINE: e-government initiatives show their dark side. A text-message has arrived on Kiev protestors’ phones reading: “dear subscriber, you have been registered as a participant in a mass disturbance”. This has raised doubts in Canada about the extent to which e-government supports mass surveillance (THE STAR)

and in other e-government news…

UK: the local council of Stoke-on-Trent has spent £10,000 on a text-messaging campaign to combat obesity. But are reminders such as “use the stairs more” really worth the spending? (BBC)