Shark track to prevent attack, and other stories 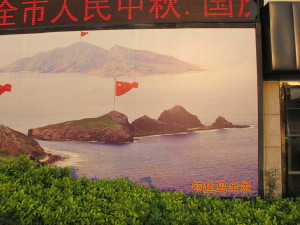 The view of Senkaku/Daioyu from the Chinese side

Around the World this week is more international than ever, with several stories dealing with cross-border initiatives and issues – including a video-sharing project helping “to tear down the wall of ignorance that exists between people”. But it’s not all good news: geopolitical conflict is impacting education in US-sanctioned states and on both sides of the East China Sea. All this, and more, below…

SYRIA/IRAN/CUBA: the US government has just extended its economic sanctions to MOOCs, forcing many suppliers of the Open Online Courses to close their services in affected states (INSIDE HIGHER ED)

SPAIN/SENEGAL/WESTERN SAHARA/ALGERIA: a vast number of Sahrawi refugees have been living in South-Western Algeria ever since Morocco occupied Western Sahara in 1975-6. The settlements have no internet, but now RESF (educational networks without borders) has found a way to connect them with the outside world – through video diaries shared between schoolchildren across the region (IPS NEWS)

AFGHANISTAN: according to education minister Farooq Wardak the rise of education is unstoppable, with local communities across the country driving the reopening of schools, and the Taliban, he claims, in some areas guaranteeing their safety (BBC)

AUSTRALIA: an online portal is tracking the seasonal migrations of shark populations and sharing the information via mobile devices. Users can also share shark sightings and find info on hazards (FUTURE GOV)

DISPUTED TERRITORY: the Sino-Japanese face-off over the Daioyu/Senkaku islands moves onto the educational front: Japanese schools have amended the textbooks to describe the islands as intrinsically Japanese (GUARDIAN), while in Hong Kong toy guns are being sold with packaging reading: “the Diaoyu islands are Chinese territory” (BBC)