Something pixelated in the state of Denmark 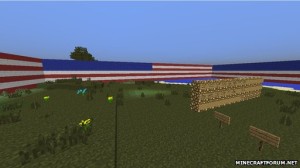 In this week’s Around the World, find out about the connections students and teachers are making in India, Africa, London and elsewhere. Learn how scientists are stepping in to help the rescue mission for the kidnapped children of Nigeria. And what happened when a group of Americans discovered a bug in Minecraft that allowed them to bring “dynamite” into a virtual Denmark? Read on…

NIGERIA: the tragic story of the 200 schoolgirls abducted by insurgents in north Nigeria has dominated the news this week. Forensic scientists say they can use DNA profiling to reunite the girls who are found with their families (RAPPLER)

INDIA/UK: here the story of how a computer lab in a school in Hyderabad helped change the lives of an Indian child and a retired teacher from London (BBC)

WORLD: meet the University of the People: the first free online university that grants degrees (BBC)

AFRICA: from setting up mobile lecture portals to fighting music piracy and creating the first set of black emojis, here are ten of the African startups you should be watching (TECHREPUBLIC)

ISRAEL: computer science is not a likely course of study for ultra-orthodox Jewish girls. But one of them, Rivka Yeruslavsky, did just that – and has now opened the first vocational college for her often-marginalised community (YAHOO)

DENMARK: calamity has befallen a virtual replica of Denmark created in Minecraft to teach children. A US army has invaded! Some areas have been blown up using dynamite, while in others, the stars and stripes flies high above the pixelated ground (BBC)