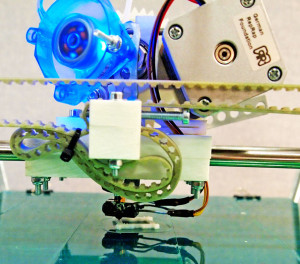 This week, a mixed bag from Around the World: human rights find support in Indonesia, and millions of Indians benefit from online news; but in Russia, it appears that state control is affecting social media freedom, while in Kenya, infrastructure development may not be all it’s cracked up to be. All this, and more, below…

UK: the super-futuristic 3D printer is the darling of the tech world, and scarcely a week goes by without someone hitting the headlines for printing, say, a pizza. But for every frivolous application there’s a useful one too – from prosthetics to space travel; and now, as the price of 3D printers drops, they are making their way into ordinary classrooms (BBC)

INDONESIA: in a country where discrimination against LGBT people is widely supported, a school has reopened where transgender pupils can study the Koran, work and earn money. With 35 students, the school is seen as a model of freedom of religion for all, regardless of orientation (JAKARTA POST)

RUSSIA: the founder and general director of Russia’s biggest social network, VKontakte, has been fired and replaced by Putin’s former deputy chief-of-staff and chief executive of state oil company Rosneft – apparently because of his reluctance to hand over users’ information to the government (BBC)

INDIA: election time in the world’s largest democracy always draws international attention. Technology is helping the leviathan task of getting the vast population to the polling stations, with an online media channel publishing videos to motivate young and old Indians to vote (TIMES OF INDIA)

KENYA: Networks are growing fast in Kenya, with both local government and telecoms companies now setting up free Wi-Fi spots across the country. But will this really have any effect on the digital divide? (IT WEB AFRICA)

MOROCCO: storytelling is an ancient art in Marrakech – but can it compete with the pace of modern life, or modern technology? One storyteller, fighting for survival, has been offered what might be a fairytale solution – all it needed was for someone to talk to the King (BBC)