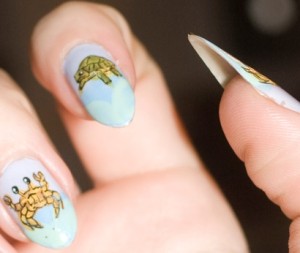 War and peace this week in Around the World. The battle-lines are being drawn online, both in Europe’s new flashpoint, Crimea, and on the North/South Korean border. But this shouldn’t overshadow the good news: Web censorship in Iran seems on the point of loosening. And for even more enlightenment, why not follow the teachings of the Dalai Lama – on Instagram? It’s all here – read on…

KOREA/UKRAINE: the physical fronts may be quiet, but the cyber-war is hetting up. Ukraine has accused Russia of being behind several attacks on communications infrastructure in the past few weeks, while South Korea has changed the game by announcing that it is building cyberweapons capable of knocking out the North’s nuclear armaments (BBC)

SARGASSO SEA: It’s proven very difficult in the past to learn about the lives of young loggerhead turtles – their keratinous shells grow so fast tracking devices quickly fall off. Then one of the researchers called her manicurist, who came up with the answer: an acrylic base coat, just what nail artists use to prevent peeling (BBC)

WORLD: the Dalai Lama is now on Instagram. Take a look at his progress here… (NBC)