Refrigerated spam? (and other internet trimmings) 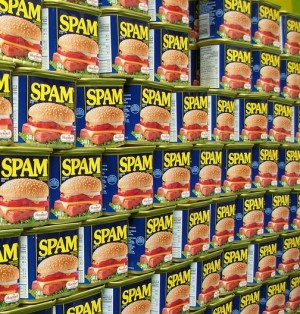 The line between innovation and frivolity is very thin. This week, Around the World reports on a very silly “serious game” and a haywire kitchen appliance that could become a menace to us all… alongside more level-headed news of the resurrection of Kazakhstan’s libraries, the online presence of African languages, and a Hebrew festival that’s all about connecting – read on…

UK: e-learning is a $55.2bn industry, but not for long – by 2015 it’s expected to double in size. Some more eye-catching statistics for 2014 here (TRAININGZONE)

CHINA: an computer game in which players zap crooked officials with a laser has been launched to tackle corruption and embezzlement (BBC)

KAZAKHSTAN: the collapse of communism and breakup of the Soviet Union caused the closure of some 70% of Kazakhstan’s libraries. Now they are gradually being reopened, promoting vital computer literacy and education within previously deprived communities (GLOBAL VOICES ONLINE)

ISRAEL: how e-learning is helping Jews around the world keep in touch with Israel’s traditions – and with nature (GREEN PROPHET)

AFRICA: Google translate relies on vast amounts of language data to do its job. Its expansion into Igbo, Yoruba, Somali, Hausa and Zulu is, therefore, an indicator of the rapid growth of African material on the net (BIZTECH AFRICA)

SOMEWHERE: troubling news for the Internet of Things: an insecure, internet-enabled refrigerator has been caught sending spam e-mails (BBC)