Mine of mismanaged information 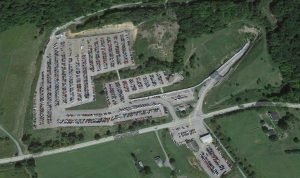 There’s a bit of a sci-fi feel to Around the World this week. Automatic barmen and party-bots have both made the cut – as has the suspicious underground lair where the US Government processes some of the most mundane products of a bureaucratic dystopia. All this, and more, below…

USA: the problems faced by citizens attempting to sign up for universal healthcare online are nothing new – only 5% of large federal ICT initiatives in the last decade failed. Just north of Pittsburgh is a little-known, remarkable monument to US Government inefficiency: a vast hole in the ground, an abandoned mine, where hundreds of workers toil away filing and sorting federal pensions claims – on paper. (WASHINGTON POST)

NOT IN SPAIN: and that’s the problem. Guardian journalist Alan Haburchak is trying to learn Spanish through tech alone – but without the company of native speakers, he’s beginning to doubt his chances of success (GUARDIAN)

MYANMAR: the world’s top-flight university libraries are the results of centuries of collection. But as Burma’s universities profit from the country’s increasing openness, they are gaining access to world-class e-library collections as quickly as download speeds will allow (BBC)

JAMAICA/PANAMA/HAITI: talking to three of the International Development Bank’s Young Innovators, who are using tech for education and social change (GUARDIAN)