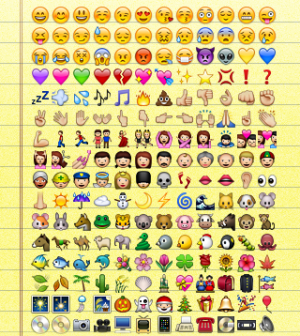 Africa tops the bill in this edition of Around the World – take a look at the top tech entrepreneurs on the Continent, and the highly innovative school that has made waves on the international design scene. Plus: how Turks are getting round the Twitter ban, technology takes on the Holy See, and a new e-learning manifesto. But if that makes you feel 😀 then our last post might just make you 😯 – or even :x! Read on…

WORLD: a group of top e-learning pros has got together to publish “the serious eLearning manifesto”, an attempt to define the world e-learning community’s common goals (TRAINING ZONE)

NIGERIA: a floating school, serving the Lagosian waterfront slum of Makoko, has been nominated for a Design of the Year award (BBC)

TURKEY: Erdoğan’s ban on Twitter has caused worldwide outrage. But it turns out that the more democratic protections a country has in place, the harder it becomes to curb free speech online (BBC)

VATICAN CITY: the papal state is to digitise part of its vast collection of priceless manuscripts from across the world, starting with 3,000 copies of Latin and Greek works, mediaeval and renaissance manuscripts (BBC)

WORLD: it’s lucky there isn’t an emoji for “outrage over lack of ethnic representation”, or inboxes at Unicode Consortium HQ might well be flooded with them. Campaigns that have just started up aim to bring more diversity to the currently overwhelmingly white selection of faces available (BBC) – and to include the hot-dog among the Japan-influenced selection of foods text-messagers can send each other (WALL STREET JOURNAL)