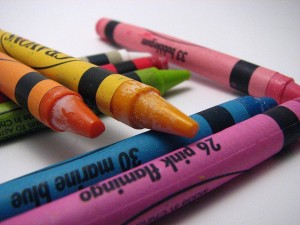 In this week’s Around the World, an inspiring tech-first to come out of Cape Town, expect more nerds strutting the streets of London; meanwhile, in Japan, you’re more likely to be faced with creepy robot newsreaders. Colouring in just got more exciting, and if you want to find out the top 50 jobs of the future read on, below…

UK: until this week Google Glass had only been available to buy in the US. At first, America’s tech scenesters were sure to turn heads sporting the new Google gadget, now it’s considered common streetwear. Will the specs blend in so well throughout the UK?  For a cool £1,000 you can see for yourself.  (Telegraph)

Papua New Guinea: a new industry is emerging with indigenous entrepreneurs in Papua New Guinea on track to develop their own version of Silicon Valley. Part of a European-funded business cluster, find out their plan of start-up attack at (Australian Network News)

South Africa: ever heard of an Educational Technology Inquiry Lab (ETILAB)? If not, it’s because at this stage it’s just a dream, but that’s all about to change. The University of Cape Town has signed an agreement with tech-brand Intel to develop the first-ever ETILAB. “This lab is the first of its kind and will hopefully provide an environment for new and different ideas that address global educational challenges,” Andre Christian, Education Business Development Manager, Intel South Africa, tells (Bizcommunity)

New Zealand: Careful where you scribble because a new app invented in New Zealand is taking colouring in to a whole new level, turning colouring books into 3D! Out of the way kids, you’re going to have to fight off many curious parents for the crayons.  (New Zealand Herald)

Ireland:  if you think that 50 years ago an Apple was only a fruit, then surely we’ll all be flying to work with jet packs in a couple of decades, right?  An IT recruiting company hasput things into perspective by revealing the top 50 jobs of the future. Find out if you’re predictions are correct (Independent)

Japan: the robots are taking over! In Japan, the world’s first android newscasters have been revealed at the ‘What is a Human?’ exhibition. Frighteningly lifelike and just plain frightening, check out robo newsreaders Kodomoroid and Otonaroid in action at (Gizmodo)