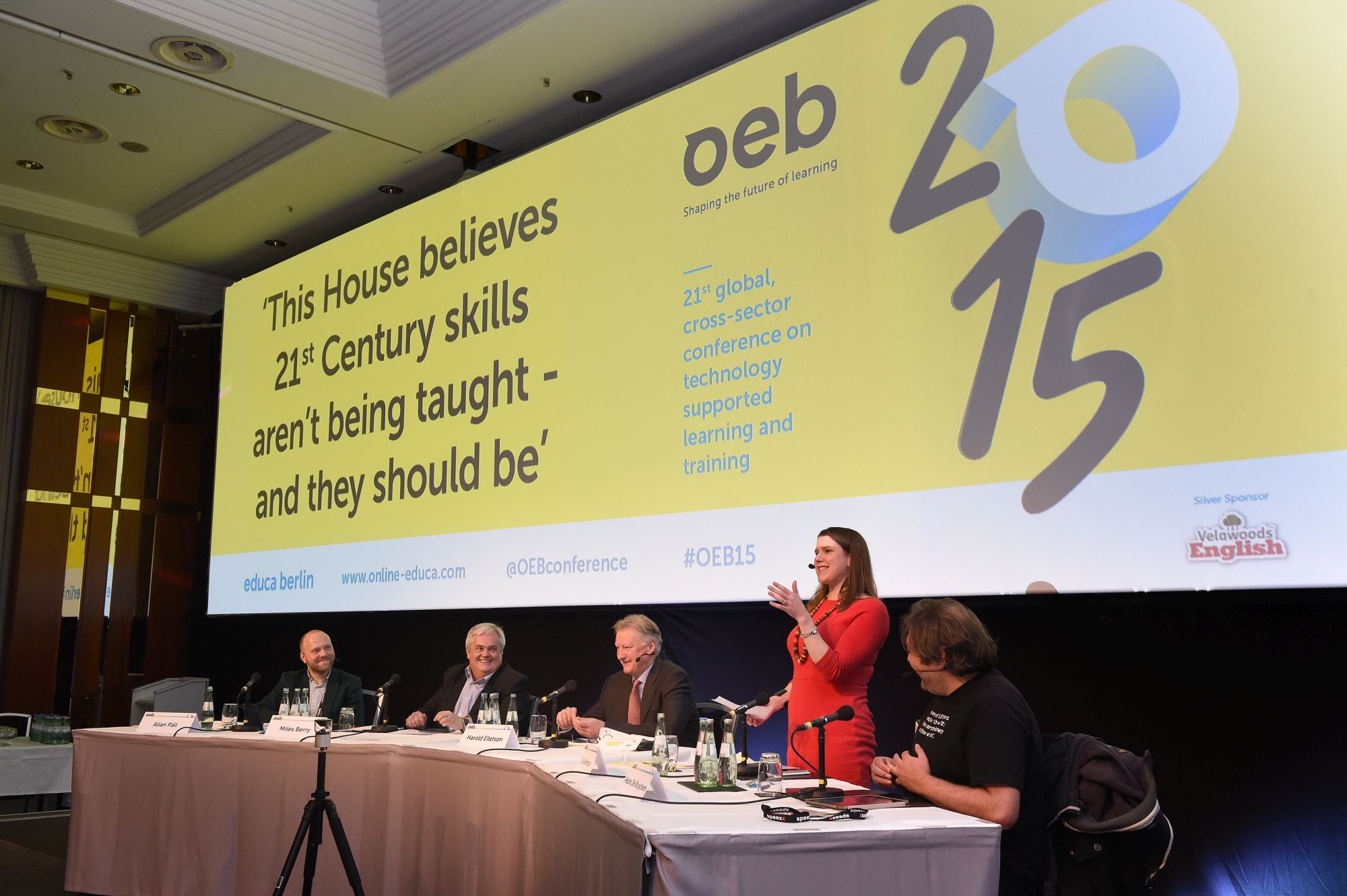 Under the chairmanship of Dr Harold Elletson, the motion posed in this year’s plenary debate was ‘This House believes 21st Century skills aren’t being taught – and they should be’. The future of education and technology was, of course, at the forefront of the discussion, much of which would rest upon the question of what exactly 21st Century skills look like.

Former Minister for Business, Innovation and Skills in the UK Jo Swinson was the first to apply her expertise to the topic, providing some statistics: half of engineering companies in the UK have delayed projects because of a lack of skills; digital start-ups often struggle to find software developers; 11% of computer science graduates in the UK are unemployed.

However, despite a recent emphasis on coding, for example, “new” skills are not a silver bullet. Skills such as logic and basic maths are building blocks that need to be developed in children way before they can think about coding, and, compared with the 1970s, young people today are less well equipped with basic maths skills. What is needed, Swinson, concluded, is to equip people with the ability to change and cope in a changing environment.

Speaking against the motions, Alan Päll, Secretary General of the European Youth Forum, claimed that the motion was ‘nonsense’, asking what exactly 21st Century skills are perceived to be. Päll asked what exactly is it, if these skills aren’t being acquired in educational establishments, that is driving the rapid pace of change in society? It’s easy to blame the education system, Päll noted, but not all learning is about acquiring skills – education is also, for example, about learning how to live in a social environment – and such concepts are not easy to assess.

Päll was, however, not entirely satisfied with the state of education as it stands today, noting that there is a lot to be done in terms of measuring essential skills, as well as looking at the different experiences and challenges different countries have faced. Concluding, Päll conceded that, whilst we can all admit that the 21st Century will demand a certain subset of skills, these cannot all be learned in formal educational settings. The key for the coming years will be seeing just how much these skills can be ‘brought into’ educational establishments.

Next to speak in favour was educational scientist Pedro de Bruckyere, who started on a polemical note, considering his position – there is no such thing as 21st Century skills, he claimed. According to de Bruckyere, we need to ask what exactly we want from education. We have a school system in Europe that still teaches liberal arts, a form of skills dating back to the 19 th Century. This is not necessarily a problem, but assessment is. Because of our desire for standardisation and testing, the important things are being forgotten – rhetoric, philosophy – these skills are crucial, and de Bruckyere claims that we are doing a poor job of transferring them to the next generation.

With regard to technology, de Bruckyere quipped that it has assumed a similar status in education to sex-ed: teachers focus on the dangerous stuff, and overlook the fun stuff. We need to move away from the perceived dangers of the internet to its emancipatory potential. Concluding, de Bruckyere qualified his opening statement regarding 21st Century skills – what needs teaching are the ‘fundamental’ skills, regardless of what name we give them. 21st Century skills actually mean a ‘return’ to the forgotten basics.

Last up was Miles Berry, principal lecturer and the subject leader for Computing Education at the University of Roehampton, to oppose the motion. Berry argued that the attempt to generalise skills diminishes their use. Skills alone cannot transfer across contexts without knowledge, understanding and wisdom. Indeed, it is not possible to teach skills in the abstract without context, and ‘context is king’. In other words, it is important that we teach skills, but unless students are also given the tools to apply them to their own circumstances, this will be useless.

A focus is needed then, on the forgotten art of teaching knowledge, but knowledge is not the only thing needed – education needs to help develop the traits needed for learning – traits such as courage and creativity. Echoing de Bruckyere, Berry’s was a call for a ‘return to basics’ – the passing on of knowledge, and the nurturing of character.

As usual, the audience then had a chance to have their say, asking whether we were guilty of simply giving social skills a new name, missing out the need to educate older generations too, or ignoring the naturally adaptive nature of human beings. In the end, the debate lost, in an extremely narrow vote. The arguments raised here however, would continue resound as the conference entered its second day.

A recording of the debate, as well as other sessions at OEB 2015, can be found online here.