The OEB Debate: ‘This house believes that data is corrupting education’ 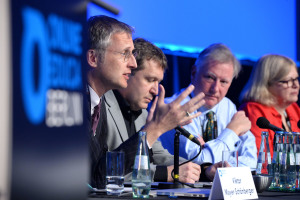 As big data dominated much of the discussion at ONLINE EDUCA BERLIN, anticipation was high for the light-hearted yet intellectually serious battle over the controversial motion: ‘This house believes that data is corrupting education’.

Hosting the 2014 Debate was Dr Harold Elletson who, as a former member of parliament, promised a ‘parliamentary atmosphere’ fuelled by the complementary drinks and a healthy dose of audience participation.

Speaking first in favour of the motion was Dr Ellen Wagner. As Chief Strategy Officer for PAR (Predictive Analytics Reporting) Framework, a multi-institutional data mining collaborative, Dr Wagner was perhaps not wholly pitted against the use of data, but rather against its misuse. Dr Wagner began with the concept of data as a meme, her talk focussing on the dangers of “naïve or nefarious uses of data to restrict access or to punish”. Painting a potentially dystopian picture of a future in which data is not used responsibly, Dr Wagner asked the audience how they would feel about being reduced to sums in algorithms, ending on a sombre note and providing a dose of realism to proceedings.

Dr Viktor Mayer-Schönberger, Professor of Internet Governance and Regulation at Oxford University’s Internet Institute, was first to respond against the motion, in typically bombastic style. He first questioned Dr Wagner’s real support for the motion, pointing to her apparently contradictory position “running a data analytics company” to laughs from the audience. Dr Mayer-Schönberger’s argument rested on linking data to human progress. According to his perspective, humans have always sought to understand the world by analysing it. We gather data, and always have done, even for the smallest observations. Data and learning are linked, indeed so closely that “denying the link would not only be foolish, it would be dehumanising”. Mixing genuine passion with joviality, the Professor’s interjection went down well with the audience.

Continuing the debate for the motion was Inge de Waard from the Open University. Picking up where Dr Wagner left off, de Waard reminded the audience of some of the less savoury aspects of the new “data revolution”. One of them, de Waard claimed, was a solidifying of the “digital divide”. Continuing in the vein of Dr Mayer-Schönberger’s light-hearted ad hominem attacks, de Waard pointed to his own lofty affiliation with Oxford and Harvard. These big higher education institutions, according to de Waard, are benefiting from huge amounts of funding whilst smaller ones are suffering from the ‘huge’ costs of storing and filtering data. There was a paradox at work: “at a time when education is being cut, big data is getting more funding than ever”.

Dr George Siemens from the University of Texas was next to the stage to speak against the motion. He began by sardonically mocking the pro speakers as inadvertently siding with him and attacking Dr Mayer-Schönberger – “his great friend of two hours”. With the crowd apparently on his side, Dr Siemens claimed that “the core mandate is that data is corrupting education” and that to this point, “no one has provided a critique of data in education.”

Having convincingly dispensed with the arguments for, or lack thereof, Siemens outlined three key reasons data is not corrupting education. The first being that the biggest divide we have in education is driven by family income. If we want to address this divide we need to use data to massify the education process and thus improve it. The second revolved around analytics – according to Siemens, analytics is a cognitive process that makes data more manageable. We are using it for humanity to make sense of the world, and thus “through effective use of data we can manage unmanageable quantities.” Thirdly, Dr Siemens touched on one of the key topics of the conference: automation. Noting that automation was taking jobs, Dr Siemens emphasised the importance of using data to help us target the knowledge gaps created by this process.

Next up were the interventions of the audience, which ranged from the serious to the not-so-serious. Some prescient interventions included the issue of exclusion, with one audience member suggesting that, with half of the globe not connected to the Internet, too much focus on data excluded a large amount of those people. Allusions were also made to topics such as privacy, corruption, Edward Snowden and the neo-liberal agenda.

Several audience members also questioned the status of education as it stands, suggesting that to corrupt the current system may not be such a bad thing after all. Nevertheless, following final points made by each of the speakers, the motion went to vote and failed resoundingly: 27% for, 72% against in the digital poll, with similar figures from the show of hands inside the hall.

It may have been an apparently nailed on conclusion; nevertheless, the debate raised a number of important questions regarding the precise relationship between data and education. In the end it was clear, as several audience members noted, that a relationship does indeed exist between the two that will not be removed. What form this relationship takes, however, clearly remains up for debate. 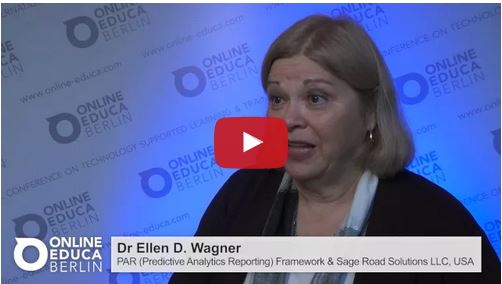 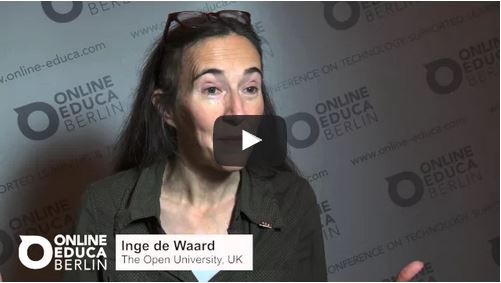