Uncertainty, Ethics and My Little Pony: How the Moral Tale is Changing and What it Means 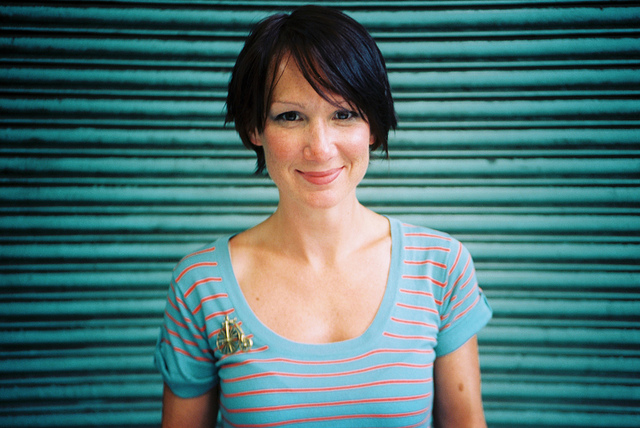 Could changes in the way we tell stories reflect wider changes in society? Dr Aleks Krotoski clearly thinks so. A keynote speaker at this year’s OEB Global, she will argue that the classic morality tale is changing. The simplistic ‘top-down’ moral fable of the past is increasingly being replaced by “more participatory forms of moral storytelling.” Perhaps the change reflects society’s attempts to come to terms with a new age of uncertainty – one in which participation and more collaborative forms of learning, information sharing and storytelling are the norm.

Dr. Krotoski holds a PhD in Psychology from the University of Surrey. She is an Emmy, BAFTA and Radio Academy Award-winning academic and journalist, who writes about psychology and technology. As one of the leading national broadcasters and podcasters of her generation, few people are better placed to help guide us around the new age of participation. OEB Insights asked her about the changing face of moral tales and the wider implications for our future.

How has the moral tale changed in our era? Can we talk about a loss of certainty here?

Well, storytelling is a no longer functioning according to a transmission model, as the education world knows very well. Education has been grappling with personalised learning for a long time, and this raises challenges. It was much easier before: the teacher was God and information was transmitted. Now we have to listen to students and understand how they learn.

All stories have a morality. As you tell your children bedtime stories, you are transmitting morals, perhaps unknowingly – most people don’t think about this. One of the great indicators of change is that we are becoming more critical about the things we consume. We are questioning more frequently what we are being taught. The challenge in moral tales, when they are explicitly moral such as religious works, is how to convey these moral messages when they are transmitted using an outdated model of storytelling. This applies beyond religious texts. Consider Star Wars: it is explicitly a moral tale. It promotes a way of being, a good and a bad, and a right and a wrong. But it employs outdated ways of telling stories: people today expect to mash up stories, to engage with them, to personalise them. That is at once exciting, but also incredibly confusing because we are social beings who seek to find consensus, and this is becoming more murky.

What has caused this change?

Audiences have become empowered, whether through personalised learning systems, through pedagogical approaches in schools and universities, or because they are better educated. People are happy today to synthesise different ways of looking at a question that are not the traditional transmission model. You can talk about this in terms of current affairs, but you can also look at My Little Pony: Friendship is Magic, in which the audience literally inserted a new character. This demanded full participation in the canon. This was granted, and it was very exciting.

I think My Little Pony is an archetypal example of how participation is now at the core of storytelling. The interesting thing about this example is that the character that was inserted was entirely fan generated in a group consensus. You have a character that has been celebrated for disability rights, that has a richness of character and represents an under-represented section of society. The status quo was shifted and changed – the morality here is not about black and white, good and bad, but rather the question becomes more about whose voice should be heard and who is allowed to participate as we tell the tales of our age.

How is uncertainty presented in these new tales?

Well, it goes back to this idea that we seek a stable basis from which to advance. Uncertainty is apparent when we see that we are coalescing around ideas that make us feel good rather than ideas that challenge us. The uncertainty of being presented with a plethora of platforms, none of which is stable, means that we are trying to re-find those stable platforms – and this is where uncertainty comes in. Now we are in an exciting and interesting age of being able to play around with storytelling, but we may not actually like this when it comes to morality. Perhaps we will return to the transmission model because we like to have certainty and a basis from which we start our moral tales where everyone supposedly agrees. The fact that we are upending this reveals the boundaries of our societies, and this can be hugely unsettling.

How could new forms of moral tales help us better understand uncertainty and be prepared for it?

I think we need to sit in and wallow in our uncertainty because it gives us those edges, forces us to face the boundaries with which we are uncomfortable. We have always existed in uncertainty, which is why we have sought out other people to confirm our moral codes. Historically, moral codes were mutually generated. We have become a system in which moral codes are transmitted from one to many. In many ways, we are now back to the many-to-many approach. We are seeking group reckoning around uncertain ideas. The extent to which audiences are getting involved means that we’re not creating a new form, but we’re replicating existing forms. The new way of playing with uncertainty is recognising that what is written down is not immutable and can constantly change until the next agreed-upon consensus arrives and we can move forward.

Is there anything that we risk losing in this shift? Is anything worth holding onto?

Well, I think there are a lot of people in the world today who are afraid of losing things, and are pushing back against that. I think people are afraid of losing the single-voice narrative: they don’t like the plurality. We have to guard against mediocrity, and we can’t listen to everyone all the time. But I don’t think there is anything wrong with listening to people when they express their own moral codes in the ways in which they feel most comfortable.