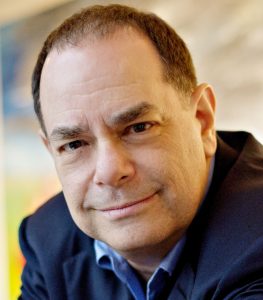 Most people who attend conferences such as OEB already realise that the education we give our young people no longer prepares them adequately for our rapidly evolving future. Even in today’s exponentially changing environment, however, the approach of almost everyone currently struggling to “fix” education is to improve our current “academic” paradigm incrementally — retaining its core of mathematics, language, science and social studies (and the various thinking skills around them)—while adding in such things as 21st century skills, social-emotional skills, entrepreneurship, creativity, cross-disciplinary “topics,” school choice, smaller classes, higher standards, more measurement, and, of course, technology—each convinced that their own incremental approach will be enough for the future.

The World Has an Outdated Perspective About What “an Education” Means

It won’t—because our fundamental problem lies not in education’s details but in our concept of what an “education” is. It is the way we currently think about what constitutes an “education” that truly requires re-imagining for the future. The academic concept of education that met the requirements of the 20th century—and produced success for many of today’s adults—is NOT the concept that meets the needs of today’s youth going forward.

Globally, our children are all quickly becoming “humans with enhanced brains, all networked together”— a development still invisible, and often incomprehensible, to most of those responsible for their education. It is difficult for our leaders, bound by their own past, fully to conceive the very different education that our young people now need. But if we continue to view future education as only incrementally augmenting our outdated academic approach, and if we do not offer our children the education they truly require, we will hold back their development tremendously, and seriously limit their future possibilities, compared to what we could be doing. (Not to mention wasting huge sums of our money on ill-conceived reforms.)

Critical Thinking and Problem-Solving Are Not Nearly Enough

Until recently, because our children couldn’t accomplish much in the world before they were adults (except in exploitative ways), it made sense for them first to learn to “think” in school and then, later, to “accomplish” at work. But now, in the world of empowered kids, this sequential approach no longer suffices. Critical thinking and problem solving are of limited value unless combined with effective action, effective relationships and effective accomplishment. We have been putting far too much weight in education on academic skills—useful as they are for some—to the detriment of the action, relationship and accomplishment skills everyone needs as well.

Now is the time for this balance to change. With the rapidly growing capabilities and connectivity of our children, it is urgent that we re-imagine the world’s current academic, “thinking-only,” paradigm for education, and replace it with a more complete paradigm for the future. As a civilization, we educate our kids neither for their personal development nor so they can get jobs (although those are often useful by-products.) We educate our kids so they can better their, and our, world. Our children can be, and should be, improving their world—and improving themselves in the process—via a new approach that far better suits them and the needs of our future society. Today’s newly empowered kids can now accomplish important tasks in the world at far younger ages. From the very start of their education, we should be fusing “thinking skills” and “accomplishing skills” into an education with a direct, hands-on connection to the world and its problems.

We are now seeing this new kind of education—that our future children all need—emerge and take hold in various corners of the world—nowhere from the top, but everywhere from the bottom. It has a wide variety of names and forms, but there are two essential, defining common elements:

THE ENDS OF EDUCATION are changing

THE PARADIGM FOR HOW WE EDUCATE is changing

A huge advantage of this new kind of education—i.e. one directly oriented towards bettering the world we all live in—is that it is an education that almost all kids want. Kids know that society is changing quickly. Kids know they can make things better. Kids know their success in the 21st century will not come because they can succeed and think in academic subjects (although those will still be useful, at times, for some), but because they can work in teams to get things done that improve their local, national and global worlds. The necessary work of collecting and sharing their real-world projects has already begun—creating a global database of the possible.

Our civilisation is now in the process of changing. Those places in the world that take quick and appropriate action towards implementing a new educational paradigm will be the ones where children prosper and flourish in the future. The places that move slowly, reluctantly—or don’t move at all—are dooming their future kids to lives of ill-prepared floundering as they search for a footing in a new, much more accomplishment-demanding world.

Marc Prensky is an internationally acclaimed speaker, author, and “practical visionary” in the field of education. Coiner of the term “Digital Native”, Marc currently promotes “civilization-level change” in global education, championing an emerging paradigm that more directly benefits both students and the world. Marc has spoken in over 40 countries, authored seven books, and published over 100 essays; his writing has been translated into 11 languages. He is currently the founder and Executive Director of the Global Future Education Foundation and Institute. Marc’s latest book, Education to Better Their World: Unleashing the Power of 21st Century Kids (Columbia TC Press, 2016), was awarded the Foreword INDIES Book of the Year Awards 2016 GOLD PRIZE IN EDUCATION.