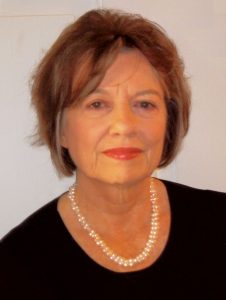 Abigail Trafford is possibly one of the most knowledgeable people in the media on the subject of longevity. A former Health Editor of the Washington Post and an award-winning journalist, she has covered stories ranging from the landings on the moon and the emergence of AIDS to the rise of genetics and the political battles over health care. She is also the author of three books on the subject of ageing and its implications. And she has been a Journalism Fellow at the Harvard School of Public Health and a Visiting Scholar at Stanford University’s Center on Longevity too.

Ms Trafford is scheduled to speak in the opening plenary session of OEB Global on the 7 December in Berlin and she is in no doubt that longevity is a major issue for both political leaders and educationalists.

“We’re in the midst of a demographic revolution,” she says. What fascinates her is how we will manage the consequences. In western societies, people are getting older and healthier. Researchers say that on average we have gained ten biological years compared to our grandparents. As a result, people are increasingly able to stay active both mentally and physically into their 70s, 80s and 90s. The challenges involved in managing the expectations and demands of an older population are potentially enormous, particularly since the longevity revolution coincides with sweeping technological advances in which artificial intelligence is likely to change traditional employment patterns.

Trafford emphasises the importance of “rewriting life’s course” and making the most of what older citizens have to offer. She talks, and has written, about “a new stage of ‘my time,’” the period roughly between the ages of fifty and eighty-plus, in which people are often at their most creative and productive.
“As a society—and as individuals—we are struggling to figure out what to do with these ‘bonus decades’ of good health,” she says. “There is not one answer, but I’m sure that solutions will involve education and training.”

She is convinced that, far from being a looming social and economic disaster, greater longevity is, actually, a “huge opportunity” for humankind.
“Right now, there is a boom in lifelong learning. The biggest growth in higher education is in students in their fifties. A lot of people want to go back to school—to expand the mind and to prepare for new jobs.”

Greater longevity in the populations of the developed economies of the western world is happening at the same time as significant shifts in labour markets and traditional patterns of employment. The development of robotics and artificial intelligence threatens to destroy many jobs, but Trafford points to the redefinition of work and greater flexibility for workers as being fundamentally positive developments.

“People want to have more control of their time—whether they are older with a career already behind them, or younger with a family to manage,” she says. “Work will be less regimented. There will be more episodic work and more flexibility with part-time hours. How exactly the workplace will have to shift is something of a grand experiment.”

She is also convinced that the boom in lifelong learning is set to continue, not for older people with sudden leisure after “retirement,” but because their skills and experience are likely to be genuinely in demand.

“It’s not only technical skills that will be needed in a future of robotics and Artificial Intelligence, but also analysis and strategic thinking. The older brain is analytical and reflective. Younger people may learn new skills and acquire information much faster but when it comes to analysing information and pulling out what is important, an older brain is often much better.”

The rise of the robots does not dint her optimism about the future, either. She thinks there will always be a role for humans – and older ones at that.
“Who is going to manage the robots?”

She does not share the gloomy pessimism of some commentators, who believe that robots will soon be able to do almost anything, making humans largely redundant.

“People want to do something meaningful,” she says. “The desire to leave traces of ourselves is very personal. Something is meaningful because you did it. It is personally much more significant than the robot stuff.”

This, she explains, is what will distinguish work produced by humans from the product of a robot. So, although robots may soon be able to compose symphonies, write novels or paint great pictures, they will never have the personal significance of a trace of humanity. More time, therefore, to pursue our creativity is unlikely ever to be wasted.

The compulsion to do something meaningful and to leave a legacy is a priority with older people. This legacy building will manifest itself in all sorts of ways, she believes.

“Leaving traces involves a different kind of work. Many older people want to “give back.” They want to volunteer in the community. There are huge opportunities there. Giving back work may also be helping to raise families and nurturing friends and colleagues. Older people want to be engaged in work that gives meaning to their lives.”

Her experience and her research into longevity have left her “full of hope” about the future.
“I am bringing hope. The combination of an ageing society and the rise of artificial intelligence is accelerating change. And there’s a great deal of talent to be tapped…”

Abigail Trafford has written three books, all related to longevity or problems associated with ageing. ‘As Time Goes By’ is a series of “romantic adventures in an age of longevity,” according to her publishers; ‘My Time’ is about “making the most of the bonus decades after 50”; and ‘Crazy Time’ describes “surviving divorce and building a new life.”

In addition, she will host the session on Workforce Training and Professional Development for an Ageing Population