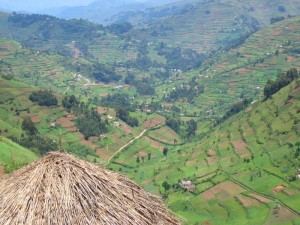 With ONLINE EDUCA BERLIN over, it’s time to look forward to its sister Conference: eLearning Africa 2014. From the 28 – 30 May next year, this leading pan-African event will gather over 1,400 e-learning professionals in Kampala, Uganda, to discuss “Opening Frontiers to the Future”.

The death of Nelson Mandela last week, one of African education’s greatest proponents, has once again thrown a spotlight onto learning on a Continent where innovation and development go hand in hand. Here, in an Around the World special, we’ve gathered together a selection of fascinating stories from all over Africa – from Accra to Mogadishu, Tripoli to Cape Town, it’s all here…

UGANDA: while 90% of the nation’s youth goes to primary school, attendance drops dramatically at secondary level. But Ugandans themselves are finding many ways to tackle their problems (BBC)

SOMALIA: after decades of war, women in Somalia are one of the most disadvantaged groups in the world. Journalists working in the country also face grave danger. And then, there are the power outages – all of which make it seem like Mogadishu isn’t the best place for an all-female radio station. Nevertheless, Aman Radio is courageously giving a voice to Somalia’s marginalised women (WNN)

TANZANIA: the fight against AIDS is gaining ground – and it’s partly thanks to a country-wide edutainment programme (ALLAFRICA)

LIBYA: North Africa is known as a concentration point for refugees, from Syria, Somalia, Sudan, Congo and elsewhere. The tragic deaths of many of them en route across the Mediterranean have brought international attention to their plight. Now Libya is offering them a helping hand – by extending free higher education to all refugees (LIBYA HERALD)

SOUTH AFRICA: South Africans aren’t waiting for the internet to come to them – they’re growing it from the bottom up (ALLAFRICA)

KENYA: people are using technology to distribute African-made video, music, photos and more – so why aren’t they writing? (THE AFRICA REPORT)