Are we all ‘natural born cyborgs’? 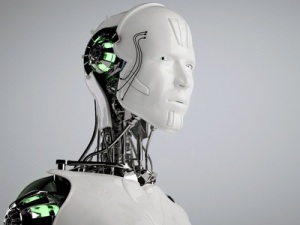 Singularity, a term described by the famous author, inventor and futurist Ray Kurzweil as “a future period during which the pace of technological change will be so rapid, its impact so deep, that human life will be irreversibly transformed,” is a concept most people associate with sci-fi novels and films.

However, more and more we find that the impossible is becoming possible and the future most of us thought would not come in our lifetime is coming sooner than expected.

ONLINE EDUCA BERLIN Editor Annika Burgess caught up with Artificial Intelligence (AI) researcher, entrepreneur and author Trent McConaghy, who will be leading the discussion between members of the Berlin-based Singularity Group, on the OEB Spotlight Stage, to find out more about singularity, AI and the future of cognitive enhancement.

McConaghy has been intrigued by AI from a young age, has authored and edited various books on topics such as computational intelligence and genetic programming, and founded companies that apply machine learning to circuit design. His view on singularity is positive; that we will be able to leverage machines to help us grow and reach the ultimate self-improvement.

“Imagine as a human you could continue to improve yourself in various ways. You could augment your communication to talk with bandwidth two times faster or five times faster, so you can connect to other people better,” McConaghy says.

“Imagine if you can read a text book two times faster or five times faster, or just get concepts that much more quickly. This is the concept of self-improvement to reach greater and grander goals unconstrained, possibly, by biology as well.”

He says singularity is the idea where humanity takes a next step; when everything changes. We may have some ideas about how it may happen, “but ultimately everything after this, sort of, event is completely different than everything before to the point of unrecognisability.”

Giving the example of potentially using Google Glass to send messages or images simply by thinking – a type of pragmatic telepathy idea – he says: “Imagine you can share photos and videos by thinking about it using basically cell phone technology plus brain technology. So we’re sort of thinking in images to each other now. Take this even further and we keep increasing the bandwidth as we communicate with other humans higher, higher and higher not just with other humans but with computers.”

By wearing devices, the computers start to become part of us, just like when you are typing on a keyboard it feels like part of you. This is where the singularity idea of artificial intelligence overtaking human thinking comes from. Our dependence on smartphones would have been difficult for many to fathom 10 or 20 years ago, so the ideas McConaghy suggests, he says, may be possible sooner than we think.

“To quote a famous neuroscientist: ‘We are natural born cyborgs’. So as we keep going along we will keep wearing these devices and ultimately we’re offloading all this computation and doing massively more computation so we as a species might end up looking completely different to what we do now,” McConaghy says.

“But that’s one potential scenario, the kind of bandwidth plus, plus scenario. There are several other scenarios too – the kind of AI waking up the black box scenario; there’s the scenario of downloading your brain to computers, all these sorts of things. Ultimately, the way to think of them all is the ultimate self-improvement just like education is self-improvement – it’s kind of like taking education to the nth degree and self-improvement to the nth degree. Really it’s sort of at the end point where everything else changes – the past looks completely different from that next step. To me that’s very exciting for humanity as a species; our patterns of intelligence and everything we have done so far and growing together and communicating better.  I’m very hopeful about it.”

On the OEB Spotlight Stage, Trent McConaghy will be joined by experts in other related fields, such as Jan Saam, a biophysicist who can shed light on how advances in medical technology and tissue engineering open up possibilities for redefining our bodies. Will the boundary between our body and the technology we use be blurred in the future? What are the implications for society? Join the discussion at ONLINE EDUCA BERLIN.