Wiki ‘Edit-a-Thon’ at Brown U. Will Add Entries for Women in Science (repost) 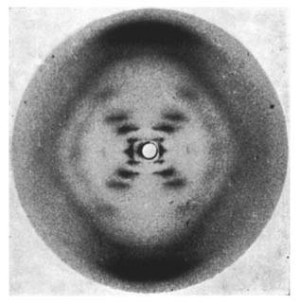 When she was growing up, Maia Weinstock’s role model was the astronaut Sally Ride. But she really didn’t have any other female role models in science.

Ms. Weinstock, a news director at an educational Web site for children called BrainPOP, says that wasn’t because there weren’t other worthy women. She just didn’t know who they were until she began looking for them. Once she did, she realized—among other things—that women’s contributions to science were severely underrepresented in Wikipedia’s pages.

By Hannah Winston. This article was published in the Chronicle of Higher Education

Now she’s helping to change that. Working with her alma mater, Brown University, she has helped organize an October 15 “edit-a-thon” in which volunteers will create and edit Wikipedia pages for women significant in the science, technology, engineering, and mathematics fields. Volunteers can either propose names of women they want to work on or pick from a list that Ms. Weinstock and other organizers have compiled.

The goal of the project is not only to increase the representation of women on Wikipedia pages, but also to bring people together to enlighten themselves. The event falls on Ada Lovelace Day, an unofficial holiday created in Britain in 2009 to recognize women in technology. Lovelace (1815-52) is considered to have been the original computer programer because she created the first algorithm intended to be used by a machine.

Ms. Weinstock says one reason so many women are left out of Wikipedia pages, or are not properly cited, is that a majority of contributors to Wikipedia know little about women’s contributions. She calls it an “unintentional slant.”

She organized a couple of similar events last year to raise awareness, and she says she got good feedback. She wound up back at Brown, she says, because she reconnected on Twitter with her former adviser, Anne Fausto-Sterling, a professor of biology and gender studies at Brown.

Ms. Fausto-Sterling, who says she has always been interested in women and technology, sees the edit-a-thon as a great opportunity to give people a chance to shine a light on some women who have not been properly cited or maybe didn’t even have a page on Wikipedia. She says that while Wikipedia and other online formats are great for gaining information, so much of the history and research on women is in print and not readily accessible.

Not only will the edit-a-thon create Wikipedia entries for women, Ms. Fausto-Sterling says, but it will also encourage women to become involved in technology and sciences. “It gets to women who shy away from these type of things,” she says, “and gets to the root of the problem.”