The Usefulness of “Useless Knowledge”

In 1939, Alexander Flexner wrote an article in Harper’s magazine entitled The usefulness of useless knowledge. Flexner is a famous education reformer and founder and first director of the Institute for Advanced Study in Princeton, New Jersey. Its faculty members include scholars such as Albert Einstein, Kurt Gödel, John von Neumann, and George Kennan. It was striking that the content of the article was still so timely after 80 years!

This is the opening paragraph:

After reading the article, there were two things that crept into my mind and kept gnawing at me. First, many governments – and within them their secretaries or ministers of education – have been expressing a strong urge for applied research. In the Netherlands where I live, the previous State Secretary of Education Sander Dekker argued for this throughout his tenure. This is quite a popular thing to say in general and in this specific case, he and the then Minister of Education, Culture, and Science launched a competition (Onderwijs2032) so that ‘society’ can have a say in how to improve education. The government had ‘conversations’ with students, teachers, parents, schools, and other interested parties – note the absence of educational and learning scientists here – with the idea that these conversations would lead to an innovative curriculum, better pedagogy, and innovations in core objectives and learning outcomes. Footnote in history: The results were thrown in the circular bin (wastebasket) in less time than it took to write it due to (1) lack of support by teachers for the absurd curriculum proposals and (2) criticism from educational and learning scientists of both the extremely ‘progressivist’ / constructivist slant that existed even before the writers started (you knew before the ‘conversations’ what the result would be) and the poor quality of the argumentation and scientific support of the proposal.

In addition to this, the Dutch population was also given the opportunity to express their thoughts on what scientific research was required in the Netherlands. In other words, the ministry set up a kind of referendum giving the general population a say in which scientific studies should be prioritised for funding and execution (there was even a Facebook® vote to determine what research projects should be funded in the field of medicine!).

In other words, the content and approach of the Dutch education system as well as scientific research needs to be determined through something similar to a political referendum. Imagine what would happen if we would to do the same for the setup of the national soccer team and their strategy! Oh wait, perhaps that seems to have happened as the Dutch were also out of…

The leading Dutch financial newspaper (Financiële Dagblad) wrote: The choices made in the National Science Agenda will determine which science proposals will get funding. If knowledge institutions collaborate with commercial and community organisations as well as proposals that have an eye for valorisation (for example, translating scientific knowledge into a next level of products or services) will receive a far better rating. Hence, their chances of getting funding are much higher. According to the Dutch State Secretary for Education, the societal “added value” of scientific research must be maximised, which is possible through education, valorisation, and economic applications.” In other words, Mr. State Secretary Dekker suggested that science must be driven by thinking in terms of efficiency and utility.

Flexner starts his article over useless knowledge with an anecdote of a conversation that he had with George Eastman, the founder of Eastman Kodak Company. Flexner asked Kodak who he thought was the most useful scientist in the world. Kodak answered “Gugleielmo Marconi”. Flexner’s response to this answer was rather surprising to Kodak. Flexner stated that, although the radio has added immense value to our lives, Marconi’s contribution to this was almost nothing; not more than a practicality. Flexner explained that all Marconi did was add a final technical detail to what, until that point in time, was pure science. Scientists such as James Maxwell (mathematical calculations on magnetism and electricity) and Heinrich Hertz (theoretical physics research on electromagnetic waves) laid the foundations for Marconi’s final mash-up. Maxwell and Hertz did not think about “utility” or “application”; they studied ‘stuff’ based on pure scientific curiosity! According to Flexner, “Hertz and Maxwell could invent nothing, but it was their useless theoretical work which was seized upon by a clever technician [PK: Marconi] and which has created new means for communication, utility, and amusement by which men whose merits are relatively slight have obtained fame and earned millions”.

Flexner lists some additional examples in his article and then concludes:

“…most of the really great discoveries which had ultimately proved to be beneficial to mankind had been made by men and women who were driven not by the desire to be useful but merely the desire to satisfy their curiosity…Institutes of learning should be devoted to the cultivation of curiosity and the less they are deflected by considerations of immediacy of application, the more likely they are to contribute…to human welfare…”

In addition to the Dutch crowd-sourcing approach to research and their focus on practical application and utility, the other thing that kept gnawing away was an article in the Times Educational Supplement, written by self-proclaimed educational eminence and guru of educational revolutionary change Sugata Mitra. He wrote:

“…KNOWING IS an obsolete idea from a time when it was not possible to access or acquire knowledge at a moment of need. The idea of knowing assumes that the brain must be “primed” in advance for circumstances that may require knowledge. Just in case.”

He added: “We don’t need to know until we need to know.” For whomever knows the great Dutch football player and coach Johan Cruyff, it could have been one of his remarks. One famous Cruyff remark to give you the idea: “If I wanted you to understand it, I would have explained it better!” Or the American baseball player and team manager Yogi Berra: “You’ve got to be very careful if you don’t know where you are going, because you might not get there.”

Let’s go back to Flexner’s argument, namely that so-called useless knowledge is actually the foundation for further deeper and more creative thinking. Knowledge that at first glance might be perceived as useless is actually indispensable in that it enables us to book technical / technological, economic, and societal progress. Without such useless knowledge we wouldn’t even be able to recognise problems; let alone think about them or work towards a solution to them. For example, without knowledge we wouldn’t even recognise global warming; and therefore we wouldn’t even think about how we as individuals, society, scientists, and politicians could solve the matter.

Though I must confess that I’m also not a fan of him, the well-known self-proclaimed educational eminence, author of the phrase “schools kill creativity”, and professor of drama and theatre Sir Ken Robinson defines creativity as …the process of having / coming up with original ideas that have value. The key word here is value. Without knowledge and skills it’s impossible (with the exception of a fluke of luck) to come up with something that has value. Just for fun, try to come up with a creative and valuable solution for a chess problem if you’ve never learned how to play chess. Or, try, if you don’t know anything about soccer or can’t play it, to come up with a creative solution to break through a stubborn defence. Good luck!

Mitra doesn’t bring us further, but rather moves us backwards towards the (early) Middle Ages when – due to a lack of knowledge – people thought that the sun orbited around the earth, that diseases were caused by humours (bodily fluids), that an eclipse of the sun was caused by the Gods and that sacrificing a virgin would bring it back.

Without all of this “useless” knowledge[1] that Mitra calls unnecessary, it would be impossible to understand anything of what happens around us, to judge it, or to develop ourselves as individuals and societies. We also wouldn’t be able to understand or judge the reliability and validity of all of the information and non-information that we come across on the Web; his substitute for having knowledge. Also, last but not least, without this “useless” knowledge we wouldn’t be able to intellectually communicate about anything. The consequences would be devastating: stagnation and decline.

John Stewart wrote[2] something to the effect of: Wisdom and knowledge are strongly connected. One is the complement of the other. Knowledge leads to wisdom and wisdom cannot exist without knowledge.

Steve Jobs once said: “Creativity is nothing but connecting things”; think here about what Marconi did with Maxwell’s and Hertz’s research. Replace the word things with knowledge and it would read: “Creativity is nothing but connecting knowledge.” However, according to Mitra this knowledge is superfluous. Why doesn’t he realise that without knowledge we will lose the ability to be creative! Maybe the reason for this is that he lacks the necessary knowledge to see this. After all, he’s an expert in solid state physics but has absolutely no educational credentials and his knowledge in this field is limited to his own educational experience. For more about this strange phenomenon of highly educated people wanting to deny coming generations of the chance to gain knowledge that they themselves had the good fortune of receiving, you can read this blog about the butterfly who denied ever having been a caterpillar.

As Charles Sumner, politician and leader of the movement against slavery in the US stated:

“Without knowledge there can be no sure progress. Vice and barbarism are the inseparable companions of ignorance.”

If you liked this blog, you can read more of Paul Kirschner’s (@P_A_Kirschner) blogs which he writes together with Mirjam Neelen (@MirjamN) at https://3starlearningexperiences.wordpress.com/

[1] Although we would love to discuss the relationship between knowledge and expertise, we won’t. After all, this is a blog and not a book chapter.

[2] John Stewart (1749-1822): The Revolution of Reason, or the Establishment of the Constitution of Things in Nature 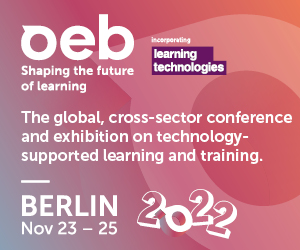