“Students have their own goals, communities their own needs”: an interview with Roger Schank 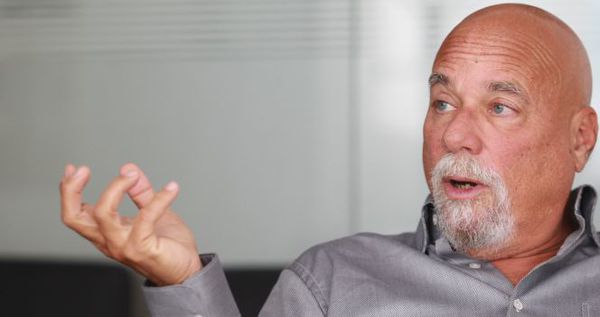 Roger Schank is known as one of traditional education’s harshest critics. A professor himself for over three decades, he quit in 2000 to run his own company and since then has been busy tearing up the educational rulebook. He is a vociferous opponent of the lectures and multiple-choice tests prevalent in undergraduate education, believing that the system they embody is fundamentally broken, and with his background in Artificial Intelligence, he may well have the technological means to fix it. We caught up with the educational iconoclast to get his views on how to redesign our failing learning systems.

What explains the persistence of lectures within the education system, given their inherent weakness as a format?

It is baffling that people voluntarily submit themselves to lectures. Maybe they don’t. A study found that only 60% of Harvard students actually show up for lectures. Why do we keep on lecturing?

Lecturers like lecturing. Everyone is looking at the lecturer, and the lecturer is performing. People love performing in front of an audience. They feel as if they are the smartest person in the room and they feel important. They believe they are delivering content efficiently. Lecturers typically believe that facts are the currency of education. The more facts they provide, the better off everyone will be.  People attend lectures because they are required to do so or think they are saving time. They get all the stuff they need in one place in a short amount of time, with the option to explore the subject “more deeply” later. That’s a nice myth. I am not sure that much of this so-called “deep exploration” actually happens.

Lectures are really about money. It is more efficient to talk to 1000 people than to talk with each one at a time. Universities are addicted to the economics.

What are the current shortfalls of AI mentoring, and how do you overcome them in practice?

There are no real AI mentors at the current time. Chatbots have no idea what you might be saying to them. They respond as a dumb friend might who only heard one word of what you said and had a canned reaction to that word. To build a real AI mentor, you have to have build a course in which students are trying to accomplish something, and the obstacles to accomplishing each step along the way are well known. You have to have run the course enough times to have gathered all the questions students have ever asked, and then you need to know what they were trying to accomplish when they asked them. At that point, a natural language parser can be inserted that maps known problems into known solutions (given that we know what the student is doing at any given moment in an online course). Computers can parse sentences well enough to do that today.

How would the exam-free education system you have envisaged interact with a job market that relies heavily on exams and tests to filter out candidates?

Exams are the lazy way of testing abilities. We don’t give our own kids tests. We help them do whatever they are trying to do, we answer their questions, and we assess where they need help. We do all this by talking with them and observing their behaviour. We can do this in school as well, but it takes more time and is thus more expensive. When it matters, we give performance tests. We don’t give out drivers’ licenses without seeing if someone can drive. We could do this in any area of life. Courses that teach students should include performance tests. They don’t typically because most courses are about fact memorization and do not have anything to do with performance. This needs to change.

You have advocated abandoning an outmoded common curriculum. Is there no set of common skills you could consider essential to every individual’s self-reliance?

What skills matter? Here are twelve that I think matter a great deal:

These are never taught in school because school was designed at a time when it was believed that reading the works of great men and being able to quote from them was the hallmark of erudition. The common people, if they were exposed to school at all, were taught how great their country is and how to be an obedient citizen. There has never been a big emphasis on teaching students to think for themselves.

Politicians like the measurable results exams provide, one of the reasons why the amount of testing only ever increases. How would you persuade them to go about abolishing them?

Politicians love tests so they can claim they are being fair and they can find “failing schools” or “failing teachers”. They really don’t want voters who ask difficult questions of them. They want simplistic questions from the public. We need to persuade politicians to abandon their “one-size- fits-all” model. Students have their own goals, and communities have their own needs. If they asked the populations they serve, they would find the real needs. In New Mexico, I asked the Santa Fe Indian School what curriculum they needed. They said “Casino Management.” (In the U.S. Indians are permitted to own casinos.) In Kansas, I was told they needed “Aerospace Engineering.” (They build Lear Jets in Wichita.) I was also told “Hotel Management.” (There is a long highway that crosses Kansas that is sparsely populated.) Each part of the world knows its needs – and then the OECD comes in and tells everyone they need more mathematics. Why? Because mathematics has right answers and is therefore easy to test. In life, there are not really that many right answers. Students need to learn to argue for a point of view they hold. That is hard to test in a multiple-choice format.

Edtech is often criticised for a certain shortsightedness and the failure to learn from its own mistakes. What mistakes do you see the industry making time and time again?

Edtech is obsessed with delivering content. There is stuff you need to know, and they want to tell it to you. Their debates are about whether there should be cartoons or videos that tell it to you and how fast they can tell it to you. The truth is that the people who ask edtech to help train employees simply want the training to be quick so employees can get back to work. In school, they want high tests scores so they can win the PISA competition. Edtech isn’t the problem but neither is it the solution. Any course I have ever built online could have been built as a face-to-face course just as easily. In fact, most of my business is face to face for companies that seriously invest in their employees. In those courses, we are not talking at people. We are helping people do things that they will need to do on the job. Learning involves practice – and then more practice. It also involves trying to accomplish truly held goals. Edtech can help with both, but only if schools and companies care about having their students really learn to do new things.

Roger will be speaking at the OEB MidSummit – June 8 – 9 – in Reykjavik. Find out more about OEB’s sister conference here.