Preparing Students for the Robotic Revolution 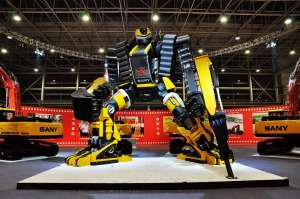 Today we rely on robots to do many dangerous, mundane things for us. From routine lab work to tilling the soil on farms and stocking shelves, robots have either graciously stepped in to save us from mind-numbing tasks or stolen jobs from those who need them most, depending on who you ask.

But the idea that robots can only perform menial tasks has become passé. Now that artificial intelligence is becoming even more advanced, experts believe robots will soon be able to perform the cognitive tasks we currently entrust to the richest one-percent. As Gartner analyst Nigel Rayner predicts, “Many of the things executives do today will be automated.”

Today, robots can not only build cars but also tell jokes (albeit badly). There are even robots that can read human emotions and respond accordingly. As artificial intelligence advances to dizzying new heights, some say a robot takeover of cognitive work is inevitable.

But instead of clinging on to our jobs for dear life, experts say we should try to find a way happily coexist with our man-made coworkers. In a widely-circulated article in Harvard Business Review, Thomas H. Davenport and Julia Kirby outline what workers can do to ensure they thrive in an era of advanced artificial intelligence.

Their five strategies for adapting to life in the robotic age are: Step up or find a job a computer cannot do; step aside or choose a career that requires specific human toolset like empathy; step in or monitor and modify the work of computers; step narrowly or find a specialty that wouldn’t be economical to automate; and step forward or develop the next generation of computing and AI tools.

Besides the idea of specialising in a narrow field, what unites their list is a focus on developing innately human capabilities, like ingenuity, or empathy, that complement the work of machines, and bring strengths to the table that “aren’t purely rational or codifiable.”

Likewise, education reformers have long advocated for a different kind of schooling that values creativity and ingenuity above rote memorisation. But now that artificial intelligence is becoming even more advanced, their pleas have become more urgent.

Charles Fadel, founder of the Center for Curriculum Redesign and a visiting practitioner at Harvard’s Graduate School of Education, believes the only way for humans to succeed in the race against the machine is to “upskill”— and that means focusing on creativity.

Truly original thinking is robot-proof because we can’t currently program an algorithm to be creative or think up something altogether novel. That’s because AI is based on algorithms that can only repeat (or improve upon) patterns that are already existent.

In other words, the same algorithms that can do your taxes, find a cheap restaurant near your location or chart the shortest route to the drugstore can’t imagine worlds outside itself, write literary fiction or paint a groundbreaking series of portraits*.

So instead of drilling students on facts like state capitals and photosynthesis — things that are easily Google-able and could be recalled by a smart machine — Fadel believes students should focus on learning how to learn. Traits like flexibility, resilience and adaptability — all the things that make us human — are what school should be about.

Structure is still needed, but flexibility as well. Teachers should view their roles as facilitators, to guide things in an improvisational way. They should teach students how to take facts, skills and concepts and apply them to real-world problems.

If we are to successfully train the next generation of knowledge workers, we need an educational revolution as grand and audacious as the one happening in the realm of technology.

*Google’s recent experimentation with visualising neural networks might seem like it comes close, but these bizarre images are the very essence of replication and repetition, and come about as a result of human input and manipulation of data rather than inspired AI realising its creative vision.