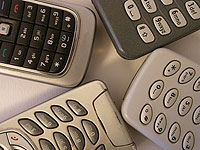 At the end of the second quarter of 2008, there were 14.3 million Mobile Telephone Service (MTS) subscribers in Portugal. This is a nearly five percent increase in the total number of subscribers compared to the previous quarter and an increase of more than fifteen percent compared to the same quarter the previous year. Over 1.83 billion calls were made, and the average number of messages sent per subscriber reached 137 per month – an average of over four messages per day.

With these impressive numbers, the Portuguese lead the European countries. The mobile phone penetration rate recorded in Portugal, which is 128.8 per 100 inhabitants, remains significantly above the EU average (114.4 per 100 inhabitants).

“Our lives are increasingly performed within a mobile context”, comments Carla Ganito, who lectures Digital Communication and Marketing at the Human Sciences Faculty of the Portuguese Catholic University. “There is unanimity regarding the profound impact of mobile communications in the way we live, interact with others and see the world. We live by the mobile phone and construct meaning through it. Education is no exception. Mobile phones are part of the life of societies on five continents and, despite their cultural differences, the populations seem to converge on a common set of practices, concerns and negotiations of time, space and identity concerning the use of mobile communications.”

As part of an MBA study, Ganito has researched the mobile entertainment market in Portugal. The findings also resulted in a recently published book entitled Mobile Phone as Entertainment. At OEB 2008, Ganito will present current usage trends in Portugal, which point to a young and emerging mobile culture in the country. Schools play an important role in this development.

“Although Portugal is a small market, it has been particularly innovative in adopting new technologies, services and applications. This makes Portugal an interesting market to analyse and study”, she says. “Many innovative practices come from inside the classroom, where teachers are using mobile phones as creative tools, as bridges to family life and as incentives to raise motivation levels. There are also very interesting examples from teachers with handicapped students where mobile phones are used to integrate those students and introduce them to new activities.

Ganito found that a high usage rate can especially be found among people born after 1967. Schools are increasingly using the mobile phone as a tool for teaching and for managing the relationship with parents and students – with sometimes quite astounding benefits for students’ and teachers’ motivation.

“Schools are still trying to figure out how to incorporate the mobile phone in their educational practices”, Ganito points out. “The focus is currently on providing low-cost computers and enabling a widespread use of the Internet, but once government support turns its eyes to mobiles, we can expect a rapid take-off at schools in Portugal”, she continues.

But of course there are also limiting factors. The mobile phone is only one more option in an increasingly complex communication environment. It is also very attention absorbing and intrusive in everyday life. The challenge, according to Ganito, is to manage the fine line between private and public, work and play, home and school. In some ways, it is a similar challenge to that of the educational use of the Internet, where dimensions of play and work also coexist, but is it much harder to manage and control because of the highly personal nature of the mobile phone, she points out.

Last but not least, the mobile phone also has an economic facet. The most sophisticated terminals that transform the mobile phone into a powerful creative tool are still very expensive, and most students do not have access to such devices. Teachers have to take that into account when organising activities around the mobile phone.

According to Ganito, the future looks mobile. “I think we can expect a growth in the use of mobile phones in educational contexts as is happening with other digital technologies such as the Internet”, she says.