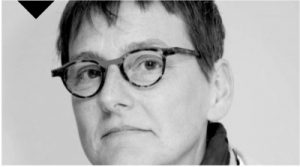 For years educational publishers, edTech, assessment companies and many educators have relied on the concept of learning styles, focussing on learners’ individual learning style. Textbooks, teaching resources, edTech products and classroom practice often use learning styles frameworks as guiding principles. Numerous personalisation, adaptive learning or assessment solutions claim their success is due to the reliance on such frameworks or models. Not a coincidence then that edTech resonates with the learning style promise for personalised and adaptive education.

Education today still mirrors its traditional 19th century model. Developed to address the needs of the industrial revolution, it standardised the classroom and the learner. Although today’s world is a very different place, the classroom more often than not, looks pretty much the same. As a result, education is less and less likely to support the needs of a fast-paced modern world. For individual learners to thrive in our transforming world, our traditional models are no longer fit for purpose. In this context, the promise of personalised learning based on individual learning styles is highly compelling. After all, aren’t we all unique and don’t we all have our own learning style?

Since the eighties, a variety of learning styles, models and frameworks adopted in many a classroom, have reported positive impact. However reports somehow turned out to be myth rather than truth. They were based on self-reporting by teachers or product developers, rather than the result of rigorous and objective research, questioning their validity.

Equally, badly represented, reported or ill-understood developments in neuroscience and cognitive research in education, have led to the emergence of the Learning Styles Neuromyth or the myth that neuroscience corroborates the existence of personal learning styles. The fascination with neuroscience in teaching and learning has exacerbated this myth, despite the academic experts and research community arguing to the contrary.

A letter written by thirty world-leading academics in learning sciences, including cognitive and neuroscience, urges teachers to ditch the neuromyth. In this letter, in The Guardian in March 2017, the scientists express their concern about the popularity and wide-spread adoption of learning styles in teaching and learning.

The eminent group of academics argues that the use of learning styles is ineffective and leads to a wasteful development and adoption of resources, whether digital or not. They issue a warning that relying on the concept of learning styles is likely to have a negative impact on the learner. They highlight that supporting individual learning styles based on a poorly understood holistic insight in the learner, does not consider a learner holistically but emphasises one trait only. This focus is likely to stem the pupil’s ability to adapt to a wider context and situations that extend beyond their perceived learning style. This can only result in a negative impact.

Learning styles don’t support better outcomes in education. The neuromyth needs to be put to bed once and for all. Whilst the concept may be highly compelling for practitioners, publishers, assessors and especially the edTech community, time has come for edTech and the education industry to engage more widely with the evidence of learning science to support their practice and developments, rather than rely on the promise of claim.

Carla Aerts is speaking on this topic in the main programme of OEB Global 2018.