Is higher education a waste of money? Can learning technology help? 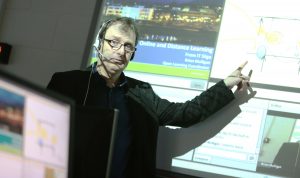 Bryan Caplan in his new book, “The Case Against Education”, has suggested that education, and more specifically higher education, is largely a waste of money. He presents statistics from existing research that indicate that students do not truly learn much that improves their productivity in the workforce. He maintains that the main value to young people attending university is in “signalling” to employers that they are made of the right stuff. It’s like an expensive wasteful selection tool for those employers paid for by the candidates and the state. Government funding, he claims, just fuels an arms race for jobs between young people, adding very little to their skills, and should be stopped. Could this be true? If so, how bad is the problem, and could learning technologies help?

As a young engineer, I wondered about the role of mathematics in my training. You needed to be proficient at some moderately advanced techniques to master other topics, but the level of mathematics we studied was at a much higher standard. I gradually realised that such mathematics were not required by a working engineer and I concluded that it was aimed at those few who were interested in research. More recently, in developing engineering programmes, I felt that we should dispense with unnecessary mathematics. However, we were informed that to be eligible for professional engineering status specific advanced mathematics were required. This led me to suspect that mathematics in the engineering curriculum was as a selection tool. Succeeding in such a difficult challenge indicated that the graduate was smart enough to be part of the profession.

Bryan Caplan’s new book, “The Case Against Education” has presented evidence that this suspicion is correct. In fact, he claims that this phenomenon is very severe. Education, he claims, has two major problems; what we teach and how we teach it.  Research, it seems, shows that we use very little of what we learn at school and in any case forget most of it once we have been examined on it.

So how do you explain how countries and individuals with more education are more prosperous? Firstly, he suggests that it is unclear that more higher education within countries leads to increased prosperity, and there may be evidence that causation is in the other direction. Richer countries can and do spend more money on higher education.

As for the observation that those with higher qualifications earn more, Caplan claims that this is mostly explained by “signalling”. Graduates are signalling to employers that they have attributes that are desired in a good employee, rather than that they have useful knowledge. As we might expect, he suggests that two of these attributes are intelligence and work-ethic. However, his analysis of available statistics indicates that this problem may be very serious, that such signalling accounts for up to 80% of the earnings premium and that not much more than 20% is attributable to what is learned in college. Interestingly, he points out that signalling also explains two particular phenomena.

Firstly, the prevalence of cheating seems to indicate that students value credentials more than learning. In a recent debate, Caplan asked the question: “Which would you prefer, a Princeton education without the degree, or a Princeton degree without the education?”, and suggests that having to think before answering proves the point.

Secondly, “underemployment” is often observed in individuals who seem to be significantly more qualified for their positions than necessary. This is described as “credential inflation”. Candidates now need higher qualifications to get a specific job as opposed to do the job. In a sense, this indicates that the “signalling” problem is even more harmful. Individuals may not just be wasting resources proving their suitability for a position, they are wasting it just to show that they are better than their peers. Like fans at a concert, when some stand up to get a better view, everyone must and then no one has a better view.

Caplan has no confidence that academics in higher education can fix this. Improvements to the curriculum and teaching methods are minor and slow due to a general disinterest or resistance to change. He also has no confidence that learning technology will make a difference either. Apart from the resistance of academics to change, learning technology researchers in higher education are often more focussed on publishing papers than on making substantial improvements to teaching practice.

Perhaps learning technologies can facilitate other options outside higher education that might reduce cost and time. However, if such solutions reduce the intelligence or effort required to acquire a specific set of skills, they will not be signals for the attributes that many employers consider to be more important than knowledge. In addition, Caplan lists a third attribute that graduates are signalling through their college experiences: “conformity”. Like a young man not wearing a tie to a job interview, eployers may see the talent in someone who thinks differently but worry about their willingness to conform to normal company culture.

So what do you think? Is the problem as bad as Caplan suggests? Can learning technologies provide solutions that can satisfy learners and employers? Join Donald Clark, Plan B Learning, Mike Feerick, Alison, Nina Huntemann, edX, Willem Van Valkenburg, TU Delft, and chairperson Brian Mulligan, Institute of Technology Sligo, in a debate on this book at OEB Global 2018.