Digital society at a crossroads: Do we want learners or consumers? 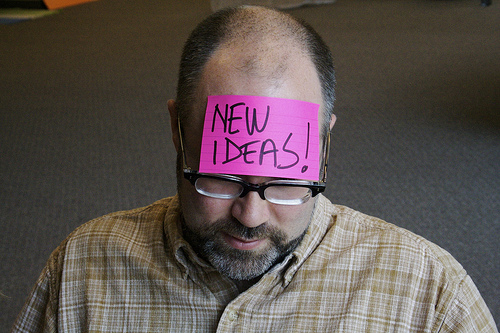 Digital literacy is just as important as reading, writing and maths. This is the message the Mozilla Foundation, the non-profit organisation supporting open source projects, wants to spread as it powers forward to provide a web that’s empowering and educating people. Because, they say, “we can’t do it alone.”

By the OEB News Team

“We are at a crossroads as to choosing what we want the digital society to be. That is either something that empowers and educates people or it’s something where people become consumers.” says Executive Director of the Mozilla Foundation Mark Surman, who will be a keynote speaker at OEB later this year.

The number of people accessing the Internet is outpacing expectations. In 2015, the number of Internet users worldwide is predicted to crack the 3 billion mark, with two-thirds of them coming from the developing world. By 2018, nearly half the world’s population will have regular access to the web. But without basic web literacy, what do these millions of new users have to gain?

“It doesn’t matter if we all get access to the web, what matters is if we know how to use it. How to use it to unlock a job, to unlock creativity, and unlock learning opportunities – that’s what the web can do for all of us. But we really need to know how to wield the web, we need to have a basic literacy of what the web can do for us in order to do that,” Surman says.

Mozilla has been experimenting with ways to address this problem through various activities over the years that encourage people to ‘teach the web.’ Notably, the global Maker Party Campaign, which brings together educators, organisations and enthusiastic web users at community-run events around the world to experience hands-on web making. So far, there have been 2,513 events in 450 cities across 86 countries.

“It comes from the idea that if we want people to have the power of the web in their hands and to know how to wield it then we need something pretty creative and massive – we can’t just go through schools. So we started with this grassroots approach, getting people to teach each other or focus on what we call a ‘make first’ approach; get people doing stuff and creating things on the web, and from there giving them opportunities to learn more,” Surman says.

Ariam Mogos, the Director of New Initiatives and Research at GMin in Kenya, says of her Maker Party experience: “Pockets of youth are springing up across Africa and engaging in empowering hands on activities and innovative practices, but when we can bring them together for an event like Maker Party, it has the power to cultivate a community of global youth that can drive development forward.”

In addition to the learning networks is the Webmaker app, which is a set of open source online tools that allow people to create anything from apps, web pages for their small business, to online videos. You start by developing something simple, share it, and then through that social engagement continue to build up your skills.

As Surman explains: “Really the theory behind the Webmaker app is that we want to take the millions of new mobile web users who are coming online, get them to make something quickly, then take them on a journey of creativity and learning. Part of that is that they hone it and learn it more, then there is the theory that we will layer in a kind social online support element so people can help each other out – peer learning – and then from there, as people get more interested, we can give them a channel to our face-to-face learning opportunities.”

Mozilla also hopes that through Webmaker people will realise how easy it is to modify content. And through having the power to modify content, they can make it more relevant: “Around 70% of the web is in English and that’s not the demographic of who speaks what on the planet. There’s a chance with the web and what we are doing with Webmaker to really get people to embrace their traditional languages on the web,” Surman says.

Currently the new Webmaker app is in beta and the results so far have been promising. But, as Surman admits, despite the progress they are making to build global digital literacy in innovative ways, they need “much, much more than that.”

“We need to build a tidal wave of people who in a really practical, business-oriented way can have an impact on the future of the web, on what the web becomes. Really we need governments and businesses to get behind the idea of mass digital literacy. We don’t have the power to make this happen on our own.”