John Higgins on filling the skills gap: “Schools are a long way behind” 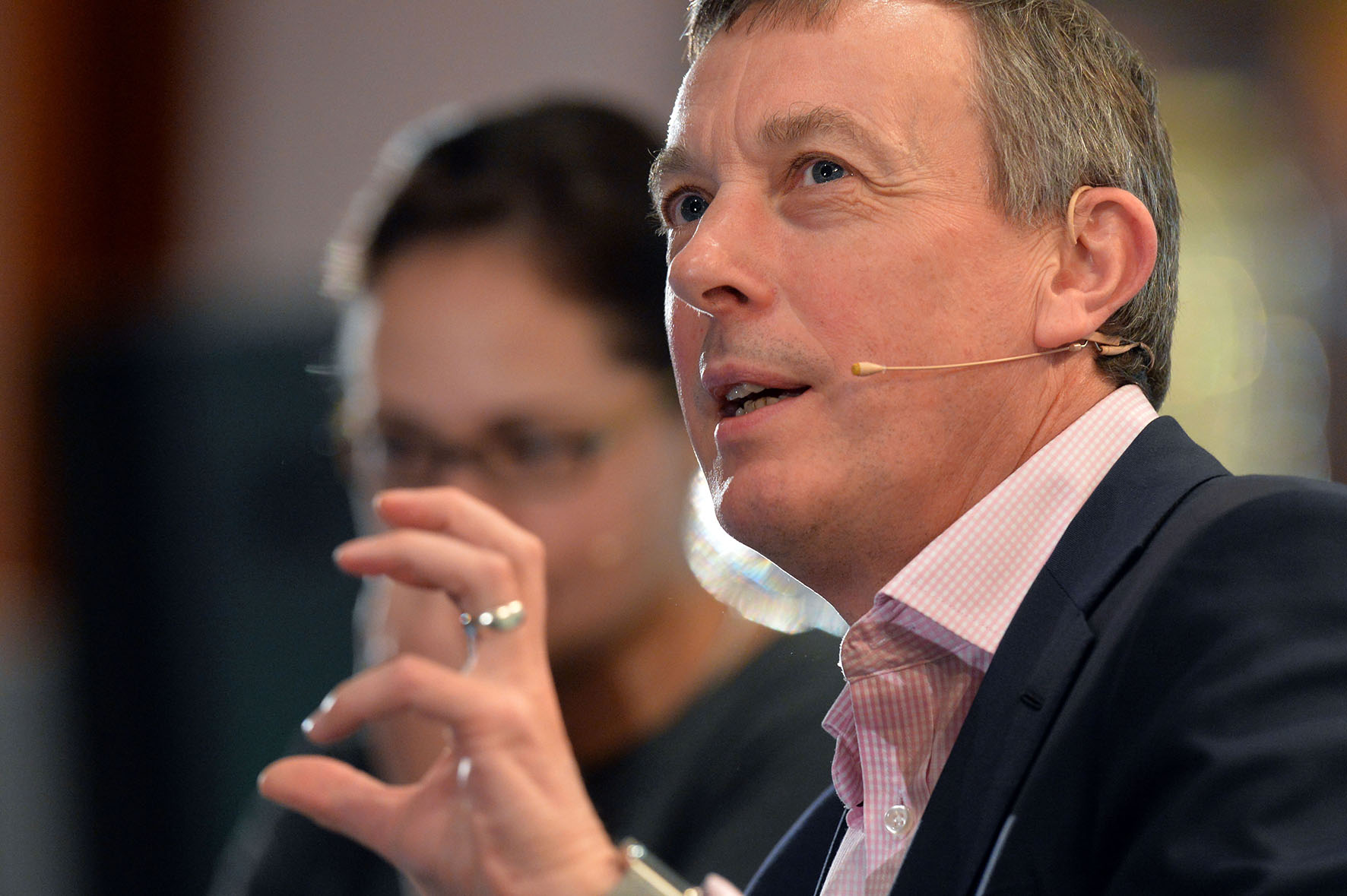 How to overcome the skills mismatch is an issue of worldwide concern. And in Europe, where around 22.6 million people are unemployed and the demand for ICT practitioners is growing by around three percent per year, particular emphasis is being placed on how to get people into the hundreds of thousands of unfilled digital jobs.

As Director General of DIGITALEUROPE, an organisation that represents Europe’s digital technology industry, John Higgins is at the forefront of this issue. He works with some of the world’s largest IT companies to understand the nature of the market and workplaces, and how we can best provide young people with skills that suit the industry’s needs.

A keynote speaker at the upcoming OEB 2015 conference, Higgins spoke to OEB Editor Annika Burgess about the actions being taken to overcome the skills shortage and how educational institutions can keep up.

In 2014, the European Commission warned that Europe is facing a shortage of up to 900,000 ICT professionals by 2020. What do you see as most important steps institutions can take to make up the gap?

This is one of the big questions of the day. The first thing to say is that the latest results appear to show that the gap is already narrowing. There have been some changes in Europe that may have led to this. For instance, people are seeing opportunities in the ICT industry and are slowly turning to education and training that might help them fill that gap. There are promising first signs, but we still need to analyse why those first signs are as they are.

Does this mean that individuals are taking it upon themselves to fill the gaps in the IT sector rather than depending on institutions?

I suppose you can never really know. It could be individuals, but it may also be that the schools and universities are offering more attractive roles. I think it might also be that some of the specific actions in the Member States are bearing fruit. For example, some countries in Scandinavia have been organising open evenings where young people can go into IT companies, have a look at what the jobs entail, and talk to people who are doing the job. There are lots of schemes across Europe like this, which have been created as a result of people understanding collectively that something needs to be done about this gap.

Are schools taking similar action, or are they falling behind in teaching digital literacy and necessary IT skills?

My answers aren’t based on data – only what I think probably is happening – and from what I hear anecdotally. In saying this, I have to admit that I think schools are still a long way off the pace; I think there are some that are helping people to become more usefully digitally literate, but I think on the whole they are still a long way behind because the curricula are still out of date. The nature of the time it takes to change a school curriculum means that there’s still an awful more lot to do.

I also hear that more needs to be done to help teachers. If they don’t feel confident in the digital world, and they don’t feel confident in explaining how technology is used, the big problems are going to continue. I think most teachers will tell you that there’s simply not enough time for them to acquire the capabilities to do the training. This, combined with the time it takes to change curricula and the time and money it costs to train teachers, results in this process moving very slowly.

Do you know of any effective initiatives that are currently in place to help train teachers?

There’s an institution here in Brussels called European Schoolnet whose mission is to transform education to make it become more digital. They have a big network of teachers who are involved in the digital landscape. This is a classic example of what should be happening at the European level.

Note: Thousands of schools are engaged in European Schoolnet pilot projects and studies, which involve testing new learning activities and technologies in the classroom. Developed together with the European Commission, Ministries of Education, and industry partners, projects focus on, amongst others, designing the future classroom, attracting students to STEM subjects, and promoting online safety.

What skills do today’s learners need to succeed in the workplace of the future?

I think it’s as much about the soft skills as it is the hard skills. When I talk to some of our chief executives running small and medium-sized software companies and ask what sort of skills they look for when they are hiring, they say that although they need to have logic and numeracy skills, you can no longer hire people who are only able to simply follow a pre-defined process. You need to have people who can internalise what you are trying to achieve and then apply some intuition and initiative to achieve those goals. And keep in mind that these are guys who run software companies, so you wouldn’t necessarily expect them to say that sort of thing.

So they are looking for what you may call “self-starters”: people who can use their initiative and also people who can use their initiative in teams and can communicate with other people who may not have the same skills and disciplines as they. This idea of teamwork and communication is not new, but it’s interesting when I speak to SMEs hiring today and am told that it’s not enough just to be a super tech nerd. New hires need to have those softer skills as well.

How do you teach soft skills? For instance, what can schools do to prepare students to meet these requirements?

There was a Nesta Report that looked particularly at what business and industry could bring to education, and the conclusion they came to was “problems”: bring some real life problems into schools, and allow students to work together to solve them. They found there were very good results from this approach. If business can bring those problems to schools, even simplified versions of those problems, then children are already being exposed to real-life experiences.

I think the answer is that the education system should be open to this sort of collaboration and to introducing new approaches into the classroom that are in addition to teaching the straight curriculum.