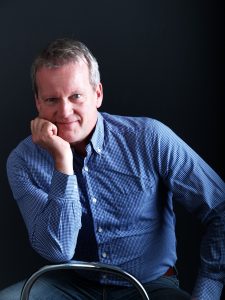 In December 2001, when the Programme for International Student Assessment (PISA) – a new instrument for measuring the performance of 15 year-old students in OECD countries – was launched, there was widespread consternation. Ministers in Germany, Sweden, the United Kingdom and New Zealand had all been expecting their countries to win this new global education race. Instead, the winner was a country of forests and lakes, with a population of only 5 million people, in the far north of Europe – Finland.

One of the few people who was neither surprised by Finland’s victory, nor by the fact that it has remained near the top of the league table ever since, was Pasi Sahlberg. A teacher and education policy adviser, who has studied education reforms around the world, he told the Irish Examiner this year, however, that “it is important to keep in mind that the Finns never planned it that way, it was all an accident.”

So, what can the world learn from Finland?

The question was the title of Sahlberg’s book ‘Finnish Lessons 2.0: What can the World Learn from Educational Change in Finland?’ Sahlberg thinks there are three “fundamental lessons” for other countries to learn from Finland’s experience.

“First, Finland shows that keeping equity of education (i.e. that differences in students’ learning outcomes are not primarily a result of their family income, wealth, position or power) as the priority of national education policy is a good way to improve educational performance across the system. This means funding schools based on their needs, embedding health and wellbeing as integral elements in every school, and having special education available for all as early as possible. Second, Finland has a very advanced and systematic way to include play and physical activity as critical parts of children’s education and wellbeing. Formal school starts at the age of seven, all children have sufficient time during the school day to play outdoors, and early childhood education is based on building a sense of responsibility and happiness through play. Third, all teachers and school leaders must hold advanced academic degrees that place a strong accent on education and pedagogy. Especially primary school teachers, who study five years to graduate from our research universities, guarantee that all primary schools are staffed by professionals who understand what is best for children.”

He adds a word of caution, however. There have been “many misunderstandings” about what the world could learn from Finland, which may partly result from the sudden emergence of the story of “Finnish lessons” but, more particularly, from the fact that, as the Finnish language is not widely understood outside Finland, a thorough research and investigation of Finnish schools has been more difficult.

“In the margins of all of these efforts to learn from Finland, there is a warning: What seems to work in one country doesn’t necessarily work elsewhere,” he says. “In other words: Don’t try to imitate Finland and claim that it would improve your own education system. It is important to remember that Finland’s advantage is to have a well-functioning education system that operates in a fairly successful society as a whole.”

As the world struggles to come to terms with the implications of rapid technological change and what it may mean for both workers and employers, Sahlberg is convinced that more thought needs to be given to what the priorities should be for education systems in the future.

“Since we don’t know exactly what the future will look like, this is a hard question. If I am right that many of the developments in this world will be unpredictable… the best bet would be to make sure that education systems are designed in flexible ways, so that they can react rapidly to new situations. This would require better trained professionals in schools who would be not only masters in teaching students but also experts in understanding how to design and redesign their schools collectively as the world around them changes.

“Personally, I would like to see future education emphasising more than previously real teamwork, leadership, ethics and empathy. I admire Sir Ken Robinson’s view that education should enable children to understand the world around them and discover the world within them. My bet is also that we will soon need to rethink how to make sure that all children will learn to read (books), write (letters) and communicate (face to face), as these really are the eternal and timeless human skills that we need more now in the 4th industrial revolution and the era of post-truth than before.”

Any discussion about future priorities for education soon runs into the eternal issue of the true purpose of education. What is education for? Sahlberg thinks it is a “hard question,” rather like ‘what is the meaning of life?’

“The answer of course depends on who you ask. The purpose of education may be primarily economic for the minister of education or the chair of the chamber of commerce. It may be mostly cultural for an artist or the president of the country. Or it could be building social cohesion and togetherness for some others. Many parents and students would state that the purpose of education is first and foremost personal for them: learn and graduate for their own life and career. For me, education should serve all of these purposes simultaneously. Fundamentally school education should be for lighting a spark to learn more about oneself, other people, cultures, history and the world. Unfortunately, today we still have masses of young people who think that when their schools are out, learning ends also. What I wish my own children would get from school is to help them to find out what their true passions are as human beings.”

Sahlberg does not subscribe to the fashionable view that the focus of modern schools, colleges and universities should now be on teaching so-called ‘21st Century skills.’

“I belong to those who don’t really believe in what is known as “21st Century Skills,” he says. “Most of those ‘skills’ included in this rhetoric are not about the 21st century but from centuries back in history. All sorts of skills may be helpful and necessary, of course, but I have seen that overemphasis on ‘skills’, old or new, often leads to an assumption that knowledge and other skills (such as reading or thinking mathematically) would not matter anymore. What we are witnessing now around the world is that children are not feeling well, their life satisfaction is declining, their health is at risk, and even suicide rates are increasing. Therefore, if there are any real 21st century ‘skills’ for me, they would include such basic things as empathy, ethics, engagement, health, and happiness. Another thing to add to this list that I think will become an increasingly important skill very soon is to understand and be able to play – alone and especially with other people.”

Rather than focussing on 21st Century skills, however, Sahlberg believes that many schools are, quite rightly, beginning to concentrate on ‘complex human activities’ of the sort that are unlikely to be replaced by artificial intelligence. Schools, however, will have to change, particularly if they want to stop the advance of robot-teachers.
“If schools don’t change from being places to transmit information and knowledge from one person to the masses, intelligent, smart machines will probably take part of those routine jobs, as they are doing elsewhere. There are actually already schools where these tireless and errorless machines are teaching children and actually have replaced teachers. I don’t think, however, that this will take place on a large scale.

“Schools are changing to focus more on complex human activities and skills, like creativity, complex problem solving, and empathy that smart machines are not yet very good at. It may well be that this emergence of smart machines will eventually be a long-awaited wake-up call for school education to really think what education should be for. If, and when, that happens I am sure we will see much more mature ways to integrate technology and these smart machine-teachers to work for, not instead, of teachers, in order to make sure that all children in school learn to love learning and also teaching. Otherwise, we will probably also put the entire teaching profession at risk.”