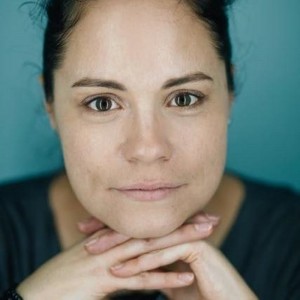 The Millennium Project’s ‘Future Work/Technology 2050’ study warns of “massive long-term unemployment” if the nature of work and economic systems do not adapt to change. But Cornelia Daheim, founder of the German Node of the Millennium Project, says we are already seeing radical change amongst individuals; it’s now time for the institutions and organisations to catch up.

The study is part of the overall State of the Future Report 2015-16, which for the past 18 years has been presenting a unique assessment of the future of the world, drawing on opinions, data and research from the Millennium Project’s global think tank of futurists, scholars, scientists, business planners and policy makers.

Daheim, who is also founder and director of Future Impacts Consulting, says that while there’s a lot of background discussion and disagreement among experts about how rapid this change will be and in which direction it’s going, they all agree on one thing: technology will drive and keep on driving massive change to all areas of work – not just in factories where there is already the use of industrial robots, but all fields of work.

For example, Stephen Hawking, Elon Musk and Bill Gates are warning the world about the potential dangers of artificial intelligence growing beyond human control. The report states that “whether AI can evolve into the nightmares of science fiction or not, it is certain that it and other future technologies will change what we think is possible over the next several decades, but they could also lead to massive unemployment.”

In an interview with OEB, Daheim breaks down some of the report’s finer points and explains how education and learning can be adapted to make humanity more capable of addressing these challenges.

OEB: How do experts suggest we prepare for this change?

Daheim: Looking at the long-term risk is one area. Experts agree that if we don’t do anything, we will have a massive rise in unemployment. They say we have to prepare now; there’s no way around it.

One way to look at it is to look at the individual. There is scepticism about whether the institutions, universities or big employers are moving in the right direction at the moment. Basically we’re going too slowly; we have to go faster. But we can see that many individuals are indeed going faster because they are not locked into the institutions that are failing to keep up. These are people like freelancers or those who work in virtual teams.

When people want to do self-directed learning, but can’t do it in the confines of the old industrial system that doesn’t support Skype or any external exchange, they are taking it into their own hands. This is where we see the radical change at the moment. They use their private time to take part in a MOOC and engage in self-directed learning. This is the approach that big institutions and employers have to take: they have to re-think the principals about how work and learning is organised. That is, make it open, democratic and self-directed.

OEB: What will it take to change the institutions and organisations?

Daheim: One area would be to change the hierarchies, as it’s a lot about leadership culture. For example, I was talking to one of the major corporations here in Germany about the future of learning in their context. We were debating the idea of a more open, more self-directed and technology-supported learning environment in the workplace, and they admitted – even though it’s a great company in regard to leadership – that their systems so far are still oriented towards the old industrial system. The system where they say, ‘This is the job; this is what you need to learn for it, and we can plan for this for the next two or even five years. We can find the best expert and set up training.’ But, this is no longer valid. To change the system, you need to open up the system and allow for more influence from the outside.

Companies need to take little steps towards integrating self-directed and less curriculum-based learning. For example, set up a peer-to-peer system, perhaps with people from the supply chains or outside partners. It’s not just about learning from the professor or big expert. People need to learn how to mentor, how to learn from each other – and not to rely on the hierarchy so much anymore.

OEB: What specific skills should the next generation of workers should be learning?

Daheim: Very simple: ideally you would learn to code. That’s the basic assumption because the experts stress that the AI movement will have a strong impact. There’s debate about how soon, whether it’s in the next five or 25 years, but real intelligence that can compete with human intelligence is coming, and it’s going in all directions and areas of work. So you should be part of it, rather than just a consumer and user – and consciously interact with this technology.

There are also the meta-competencies that enable you to work and learn in volatile, complex environments that change rapidly. You need to be able to set directions for yourself and work in unstructured environments where there are no previous rules on how you complete a task – or maybe even the aim of your task keeps changing. The meta-competencies that help you to direct yourself and also direct other people in a cooperative way, rather than a hierarchy, authoritative fashion – that’s where we need to go.

But this is really hard, especially when you think about what has happened with the school system, at least in Germany, in the last few years, where we have changed to a more traditional system. There is a fixed schedule, so it’s not up to you to decide so much about what exactly you study. This seems counterproductive to say the least. It goes back to people not knowing how to organise themselves and not knowing how to work when they are not being controlled.

Learning these meta-competencies would be my advice, so we can be less overwhelmed by technology and change. But you need to learn them by putting them into practice.

Cornelia Daheim will be a keynote speaker at OEB 2015, taking part in the Friday, December 4 plenary: ‘Future Work and Future Workers’. Find out more at: https://oeb.global